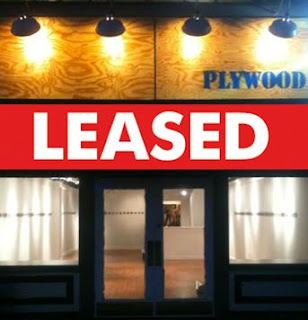 We are pleased to announce that the location PLYWOOD existed in has been leased by a new tenant. As part of Roving Project PLYWOOD was intended to only occupy the empty store front until another proposal was written and leased to activate a once unused space. We couldn't be happier that a new business and new jobs will be in the neighborhood.

Thank You to everyone that supported PLYWOOD we enjoyed your company and are looking forward to seeing you in the future!

Roving Project is still moving forward planning and looking for potential spaces to activate. We are also working to create a open source platform for young curators to access and share countless hours of information we and others have learned along the way, to create successful spaces for projects. Please contact us if you have any ideas or assistance setting up your own Roving Project site, as always we would love to hear your input and ideas- and help whenever possible.
Posted by Christopher at 4:20 PM 2 comments: 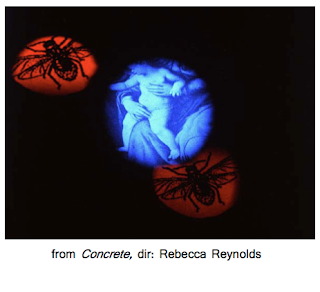 The imminent death of celluloid film has been signaled by events including, most notably, the just-announced bankruptcy of Kodak. At this dark moment for cinephiles, we would like to celebrate the perhaps moribund era of celluloid motion pictures with a screening of experimental filmmaking devoted exclusively to work originating on Super 8mm and 16mm film.
Participating artists include: 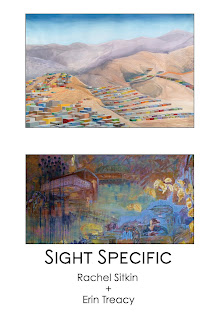 Come join us for a Sunday Brunch opening reception for the new exhibit at Plywood, Sight Specific. An exhibition of painting, Sight Specific looks at the work of Rachel Sitkin and Erin Treacy, examining how both artists generate a multiplicity of place by employing specific locations and/or perspectives in order to created a solitary image. 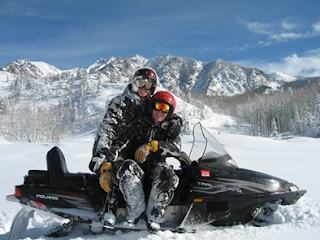 Plywood is on holiday for the month of January. We are currently restructuring our programing for the 2012 season! We are always looking for work so please send us your submission as soon as possible so we can make something happen!

Portfolio Submissions:
We only accept and review digital portfolio submission packets in this format: 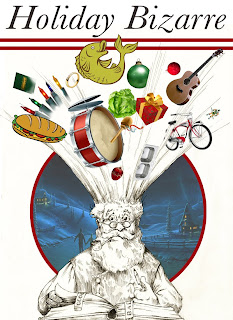 Another holiday season is peaking its garland crowned head around the corner and Plywood is welcoming it with open arms and a bit of art, minced pies, and booze. That's right boys and girls Plywood is hosting its Holiday Bizarre in North Baltimore's Belvedere Square. So if you are an artist, craftsmen, artisan, hobbyist, or weird-o that makes stuff come and join us December 17th.

Anyone interested in participating please send us your:
Space requirements
Images or a link to your website
Your name would be nice
and the best way to get in touch with you.

Posted by Christopher at 12:44 PM No comments: 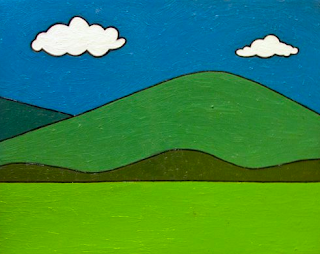 My work is largely an interdisciplinary exploration of various social systems and habitual methods of perception. It frequently manifests as comical interferences, mash-ups, cognitive glitches, and benign Zen-like pranks. I am interested in prying open and examining the fundamental constructs of sensations and their subsequent translations.


Familiar objects, places, words, and images that often bear personal significance are appropriated, recontextualized, and intensified to create a playfully dissonant sense of estrangement in order to catalyze the alteration of conceptual frameworks or rather, to rediscover deeper, intuitive means of understanding. It's the remix of a remix; umbrella.*


I aim to deliberately create blank, generously confrontational, absurd objects or experiences that beg for a reconsideration or more conscious awareness of what they appear to represent in reality. I'm continually fascinated by the metaphysical that exists within the mundane and wish to share my enthusiasm for the constant discovery of inherent abstractions that reveal themselves in ordinary, day to day experiences.

* It makes fun of itself

Posted by Christopher at 8:02 AM No comments: 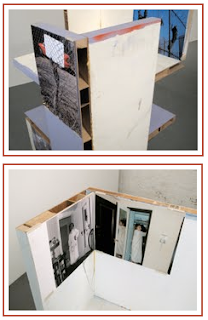 Opening : Friday October 7, 2011 7-10
Teparu, one of many possible recombinations of letters that make up the Spanish word for door (puerta), is the nonsensical word that Ian Umlauf chooses to refer to each of the works in his current exhibition at PLYWOOD. Using discarded hollow-core doors as his primary medium, Umlauf suggests new use-value for the quotidien and the rejected. By cutting and reorganizing the doors into new configurations, re-purposing the doors' skeletal structures as readymade printing presses, and integrating inkjet prints and found posters into the mix, the artist challenges the viewer to adjust, reconsider, and adapt their relationship to simple objects and imagery. Umlauf's interest in the atmosphere of mediated images, and the quasi-cubistic effect of multiple perspectives become evident as one weaves through the exhibition, leaning towards, glancing up, forgetting, chuckling. Formal relationships such as mirroring, repetition, and flipping are presented through visual conundrums to establish themes and to draw out conflated perspectives and spaces. These subtle disorientations and the short-circuiting of perceptual flow ideally serve to heighten the viewer's self-awareness in relation to the teparus. If this is too high an order, then a simple appreciation for the technology of hollow-core door manufacturing will do.
Posted by Christopher at 11:07 PM 5 comments: